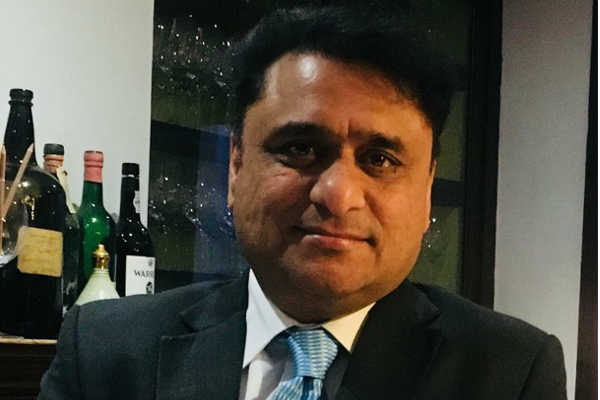 Sandeep Arora, co-founder of Cask Spirit Marketing LLP (CSM) discusses about how CSM offers as a great platform for rare whiskies to enter into the India market giving the consumers a great drink with a global bandwith. By Tanuvi Joe

The spirits market in India has evolved largely in the last 15 years and that’s because people have different choices, different palates and most importantly people are travelling across the world. This has led to them discovering new spirits and new ways of drinking these spirits. Also, consumers are looking for those spirits which they can connect more to, identify more with. The market is changing. Gone are the times where people would just settle down for whichever drink is available at home.

Sandeep Arora has been in the spirit business for the past 15 years, a pioneer in establishing the spirit luxury brand in India. Previously, the premium blended whiskey was assumed to be the big thing, and then he goes ahead to introduce something five levels above.

Expressing his beliefs, he says, “If you continue to do what you’re doing, you will continue to get what you’re getting. But if you’re willing to open your mind and start to embrace newer concepts, you will start enjoying them. You don’t have to necessarily like all of them, you may not relate to all of them, but you will at least have a choice.”

Then about three years back, friend and partner, Shreyas Morakhia, founder, Sharekhan and Arora felt the market was open to more than just having drinks off the shelves and out of this thought was born Cask Spirit Marketing (CSM).

CSM was started out as a young enterprising spirit company which would bring to India very different style of spirits, basically ones which are very culturally driven. For example, the bourbon which carries a very native American spirit and gins which are family oriented bringing a rich culture with them. The most important factor was to make the Indian consumer appreciate these drinks. Drinking a gin is nice, but drinking a gin which has 153 years of history was something else. In a few days, Arora will be going to Cuba to meet some Cuban local rum producers and find which is the most bespoke Cuban rum and bring that to India.

Commenting on why CSM was established, Arora says, “CSM looks at giving international brands a ‘gateway’ to India as many of these brands felt that India is inaccessible and very high-duty. Whereas CSM on the other hand understands and provides the brands with an entire infrastructure from marketing to sales to importation. We do everything for them, from product selection to warehousing to regulatory policies at a level which is not easy to find in India. We do the entire machinery work for these brands. The process is absolutely transparent plus I have credentials globally.”

He further speaks about how CSM helps the hospitality industry. The hospitality industry was getting bored of the very same spirits stacked on their shelves. Standalone bars like Kamala mills in Bombay, or Indiranagar in Bengaluru, wanted something younger, something more than the ordinary. Hence CSM offered them the choice of premium spirits with a global bandwidth.

Thirdly and most importantly, CSM focused on the needs of the Indian consumers. It widened the consumers’ choices from just simple scotch whiskeys to appreciating a bourbon as well. If a consumer wishes for a Japanese whiskey, all that is coming to India were bottom level brands and that’s why CSM bought a premium Japanese drink to India. The Indian consumer wants to know what they’re drinking and have that sense of connection with these brands. They seek to engage with their drink.

India drinks over three times more whiskey than any other country. As per Bank of America Merrill Lynch report, in 2014, India consumed 1.548 billion liters of whiskey, blowing past the number two country, America, which consumed 462 million liters. Despite this, few whiskey enthusiasts have commented that Indian men don’t know how to drink their whiskey.

Arora on the other hand doesn’t believe that there is just one fixed way to drink your whiskey. One can advise you to put ice in it, soda or just water, but the one who is drinking will like it in a certain way and for him or her that way is the best. Traditionally, Indian men have been drinking their whiskies in a similar fashion. Arora has done whiskey appreciation classes and he has had reasonable experience when it comes to Indian men drinking. In Taiwan, they drink their whiskey with green tea, in America, whiskey is had with cranberry juice, in other countries it is had with other blended drinks.

“You must enjoy a spirit for its core value. If I’m having sparkling water, and I’ve paid an x amount of money for it, I should be able to appreciate the drink for its core value. For whiskey, the core value is its taste. Of course, the best way to have whiskey, is to add little bit of water as that brings out the aroma and taste of the whiskey,” says Arora.

For a long time, the Indian industry was thinking about only men drinking whiskey, but there have been women also drinking whiskey. However in the last five to seven years, as whiskey ambassadors, Arora has tried to bring women out by sharing and addressing how women enjoy the drink for its taste. “Women always associated the drink with their fathers and they didn’t want to drink the same thing as their fathers as a mark of respect. Women were also under the perception that whiskey is too hard a drink. The men too used to patronise them and advise them on how they should drink it, extremely diluted with either honey or water,” he states.

That’s how the need for a platform where women could drink it the way they like was identified. Whether it was adding water or pairing a black label with a tandoori chicken, she should go ahead and just do it, believes Arora.

When asked about cities that appreciate whiskey the most in India, Arora’s answer took me by surprise. The cities that have had a great exposure to different brands thus setting up a good consumer base are Delhi, Chennai, Hyderabad and Punjab.

Looking at my expression, Arora explained why isn’t Mumbai on this list. “Mumbai is a value driven market. A person in Chennai would want to try out something new and aspirational and also pay for it rather that someone in Mumbai. People in Mumbai would not want to spend that much money on trying out new spirits. Coming to Tier-II cities, Coimbatore, Pune and Ludhiana top the whiskey consumer list. Smaller cities might not have exposure the way you and I have. But these guys were smart businessmen when it came to land and industry. They made the right investments leading to them now having a huge disposable income. “

Emphasising on the latest trends in this market, Arora says, “Consumers love some theater and experience around everything they drink and eat. Also they want to do things themselves, whether it’s listening to the sound of the cork opening or ordering beer at the bar.”

With the advent of innovative brands, CSM is focused on catering to the new emerging India, a new palate that says if you like a drink, go slow. Enjoy it for what it is.

Hyatt named as One Of Asia’s Best Multinational Workplaces 2018